As a professional guitar teacher I teach a lot of beginners on guitar. Time and time again I find the same mistakes being made by these players forming the same bad habits in their playing. Bad habits is what makes the guitar hard to learn and this is why we wanna avoid them at all costs. This article dives into two of the most common bad habits beginning guitar players make and what you can do to avoid them. 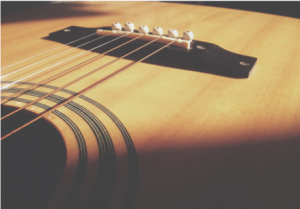 The very act of holding the pick is challenging at first and in an effort to make it feel easier people tend to develop bad pickgribbing habits. Most beginning players will tend to hold the pick between the thumb and either the index, middlefinger or both. This means that the pick will be placed on the inside of the index finger making the pick become parallel to the string when hitting it. This causes a set of picking and strumming problems. When picking any string we want our pick to be at an angle of approximately 45 degrees to the string. This makes for the best combination of playability and tone. When holding the pick on the inside of your picking hand the pick tends to “get stuck” on the strings. To compensate for this the player will often employ a very light grib on the pick, making the overall playing week. Furthermore the player will loose control over the pick and his/her playing. For a further explanation on how NOT to hold you pick, and what you can do, if you’ve developed a bad picking hand technique, watch this video:

Bad habid number two: Not strumming from the elbow. 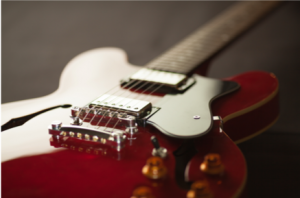 A lot of the bad habits of holding the pick in the wrong way is carried over from picking/melody playing to strumming. When you try to strum your guitar with a wrong grib on the guitar pick, the guitar player has to compensate for the bad picking technique in the way he or she is strumming. This is often done by angling the wrist in a 90 degree angle and strumming by twisting their forearm from side to side. It looks a little like they are paining the guitar strings with their pick when playing. Instead what you wanna do is to pick from your elbow. Picking from your elbow demands a correct picking technique and angle of 45 degrees between the pick and the strings. You will loose your pick if your are not holding it correctly while trying to strum. While a bad pickgrib is a common cause for wrong picking technique another great contributor is resting the elbow on the guitar while trying to strum. Doing this locks your elbow in place. Without the help of the elbow you have no other choice than to use the twisting of the forearm to strum and thereby making it harder for yourself to master the guitar. For an in-depth explanation on how to avoid this, watch the following video: 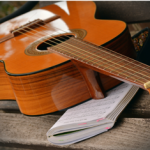 Implementing the advise given above will greatly help you in learning and mastering the basics on guitar in a much faster pace. As soon as I point this out to my students and constantly insists that they actually do this, they start to develop good habits on the guitar. This saves them months if not years of frustration and it can do the same for you.

About the author: Janus Buch is not only the founder of Bredballe Guitarskole, but he is also a professional guitar teacher with experience in teaching people of all skill levels and all ages. If you are new to the guitar and struggling to make progress Bredballe Guitarskole offers you the absolute best Beginner Guitar Lessons in Vejle